The Unstoppable Rise of Clear Aligners 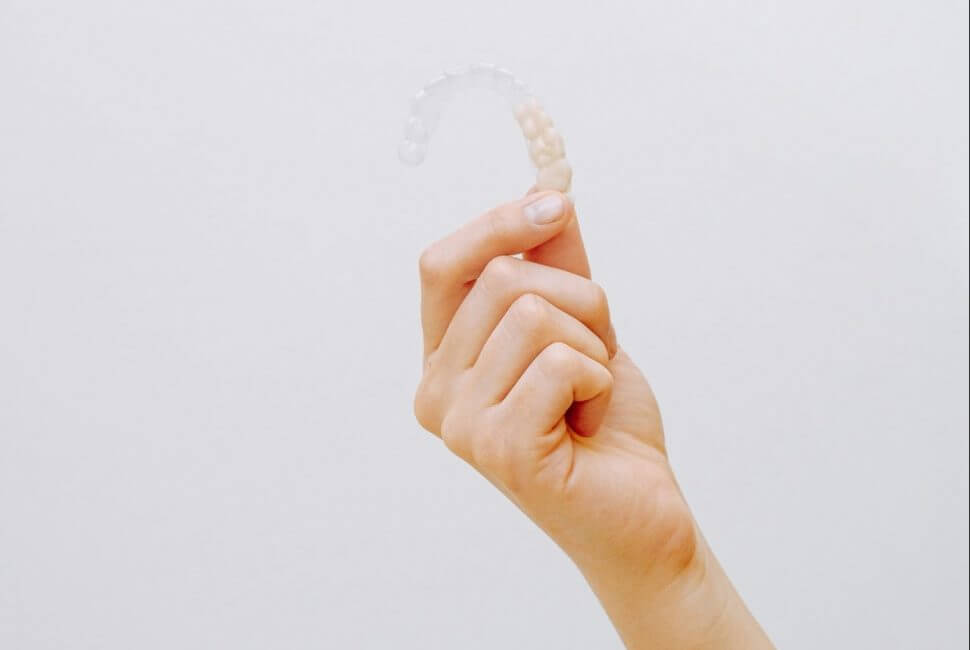 Over the last decade, there has been an astonishing rise in orthodontic patients using clear aligners to correct their teeth.

At Hampstead Orthodontic Practice, we know all too well how popular this type of treatment is and one thing’s for certain is this – It’s not a fad, and it’s only going to get bigger.

So why has it exploded in popularity over the last decade? Read on to find out. 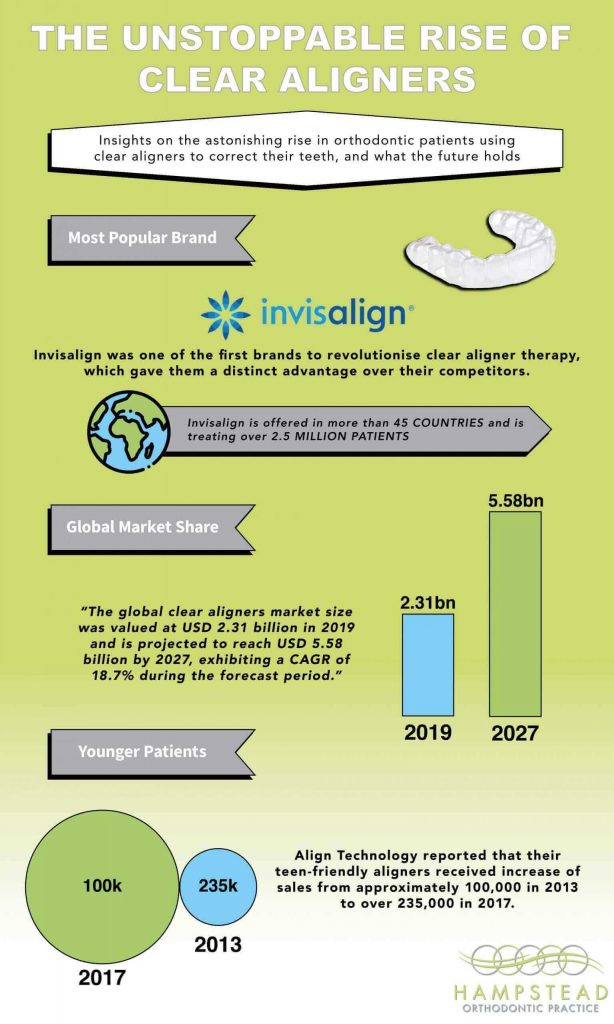 What Are Clear Aligners?

Clear aligners are virtually invisible dental appliances used in orthodontic treatment to correct misaligned or crooked teeth (malocclusion). They come in a series of removable clear plastic trays that are custom-built to the shape of a patient’s teeth, with the purpose of using gentle, consistent pressure to move them into their desired position. 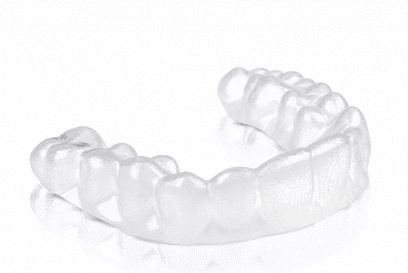 Which Clear Aligner Brand Is the Most Popular?

While there are a lot of clear aligner brands out there, the most popular is, in fact, Invisalign.

Invisalign was one of the first brands to revolutionise clear aligner therapy, which gave them a distinct advantage over their competitors.

Why Are Clear Aligners So Popular?

Clear aligners are a popular alternative to braces thanks to their invisibility, removability and the fact that the treatment is less obtrusive and painful compared to traditional braces.

Being able to remove clear aligners also makes them great for your oral health, as it makes it easier to eat, brush and floss. It’s because of these qualities that clear aligners are the number one choice among adults. However, there is currently a rising trend of younger patients using clear aligners.

Clear aligners were specifically marketed towards adults during the product’s first few decades. As time went on, and the product improved, manufacturers began to see the value in offering them to increasingly appearance-conscious younger markets.

Align Technology, the company behind Invisalign, introduced its own teen-friendly clear aligners in 2008, with an updated version released in 2017. This new product was a great success, with the brand reporting an increase of sales from approximately 100,000 in 2013 to over 235,000 in 2017.

Over the last two years, Invisalign’s volume of teen and tween patients has grown faster than that of adults. With social media playing a larger role in young people’s lives, that trend is set to rise exponentially.

Another reason behind the growing rise in clear aligners is the advancement of orthodontic technology.

3D scans are becoming the norm with intraoral scanners being used to digitally capture images of a patient’s teeth and gums with precise results. 3D printing technology is also being utilised to speed up the entire process, so that patients can move from each stage without wasting time.

These highly personalised treatment plans are a major improvement from the mould impressions that are slowly becoming obsolete. With this new approach to clear aligner technology, treatments are reportedly faster, accurate and more comfortable for patients.

What Do Experts Recommend?

While clear aligners remain the future of orthodontics, experts recommend consulting with an orthodontist so that you can create a treatment plan that works for you and your lifestyle.

Schedule your consultation with one of our doctors here to determine the correct plan for you.

The Best Ways To Get Straightened Teeth

By now, you’ve probably clicked on this post and are …

How to Use Dental Wax for Braces

Braces are a popular choice for people of any age …

How to Clean and Care for Your Invisible Aligners

Invisible aligners are a great way to correct and straighten …

Hit enter to search or ESC to close